As companies continue to bring unique and innovative digital solutions to the market, it’s imperative they take the necessary steps to become WCAG 2.0 compliant. With 1 in 4 adults living with a disability in the US, companies have an opportunity to be proactive in their approach and execution of accessibility as opposed to reactive. The benefits in doing so include; cost savings, avoiding discrimination and lawsuits, targeting a wider audience, and improving SEO (Search Engine Optimization), to name a few.

In 1990, the American with Disabilities Act (ADA) was signed into law, requiring certain business types to make accommodations for people with both medical and mental impairments. Once in place, an Access Board was created, which was composed of Engineers, Architects, Designers and other interested parties who set standards that are designed to remove barriers for people with disabilities. These set of standards apply to places of public accommodation, commercial facilities, and state and local government facilities. It’s important to note that the disabilities do not need to be considered permanent or severe to be considered a disability. The American with Disabilities Act is often associated with physical locations and ensures access to the built environment for people with disabilities. However, In 2010 the Department of Justice (DOJ) published the Americans with Disabilities Act (ADA) Standards for Accessible Design. As stated in Title III of the ADA, places of public accommodation must either ensure their websites are accessible, or provide “an accessible alternative.”

When Congress passed the ADA in 1990, the first website wasn’t yet launched, as that didn’t happen until August 1991. It’s understandable that the creators of the ADA didn’t foresee the World Wide Web becoming what we know today. To put it into perspective, In 1992 there were 10 websites. As of January 2020, there are over 1.7 billion registered websites (200 million are considered active). It is hard to imagine how far the world wide web has come in just 30 years. We now use the internet to buy groceries, furniture, plan vacations, have meetings with co-workers in other countries, transfer funds from our bank account into our friends bank account in the matter of seconds. However, what if the person who was using your company’s website wanted to read about your product, but couldn’t navigate your website to successfully gather information in the order that was intended for users?

In May of 1999, The World Wide Web Consortium (W3C), the main international standards organization for the World Wide Web, released WCAG 1.0, which comprised 14 guidelines, each focusing on a general principle of accessible design. The premise behind WCAG is quite simple. The World Wide Web should be equally accessible for all users, regardless of physical or cognitive ability. In short, it’s a carefully considered set of standards that assures information be accessible by everyone. In 2008, WCAG 1.0 was replaced with WCAG 2.0 and a major shift happened, in which guidelines focused on 4 key principles rather than on technique. This assured guidelines remained relevant even as technology inevitably progressed. If anyone wants to use the web, then the content must adhere to these four guiding principles:

Under each guideline, there are Success Criteria that describe specifically what must be achieved in order to conform to this standard. Each Success Criterion is written as a statement that will be either true or false when specific Web content is tested against it. The Success Criteria are written to be technology neutral.

All WCAG 2.0 Success Criteria are written as testable criteria for objectively determining if content satisfies the Success Criteria. While some of the testing can be automated using software evaluation programs, others require human testers for part or all of the test.

WCAG 2.0 guidelines are categorized into three levels of conformance in order to meet the needs of different groups and different situations: A (lowest), AA (mid range), and AAA (highest). Conformance at higher levels indicates conformance at lower levels. The type of business you operate determines whether your website is expected to have Level A, AA or AAA compliance. For example, many higher education institutions have access to federal grants, so they’re required to adhere to section 508 standards. Many institutions have gone further to be compliant with WCAG 2.0 AA. According to the National Center for Education Statistics, 11% of undergraduate students in the US have a disability. In a 2016 progress report, 70% of all major universities in the US were found to have poor web accessibility. 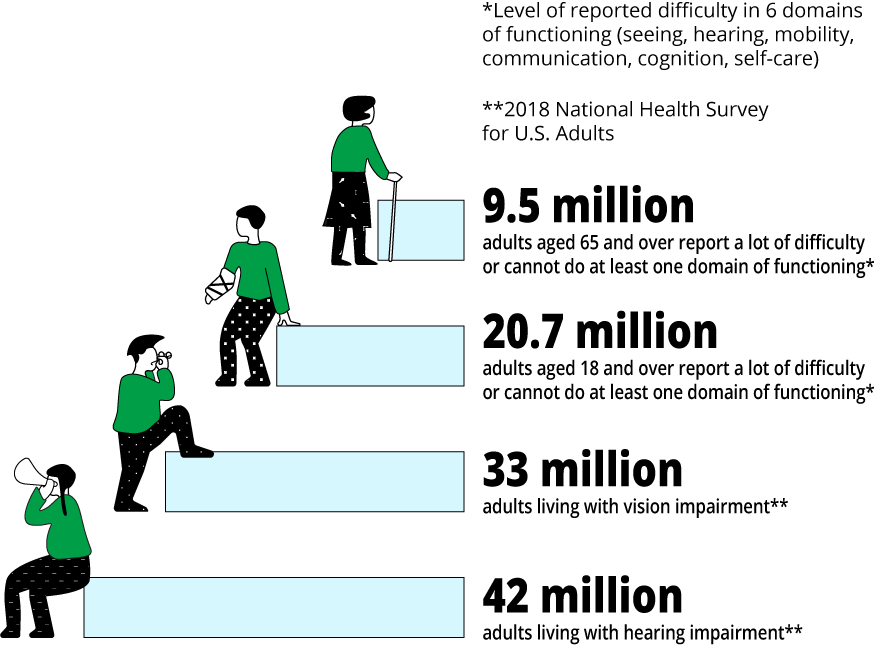 Accessibility Lawsuits in the News

In 2011, the National Association of the Deaf filed a lawsuit against Netflix. The lawsuit claimed Netflix failed to provide closed captioning for shows and movies on it’s website. The court ruled that under the ADA, Netflix is considered a place of public accommodation and therefore needed to make their services accessible.

On February 11, 2015, the National Association of the Deaf and four deaf and hard of hearing individuals filed two federal class action lawsuits against Harvard University and the Massachusetts Institute of Technology (MIT), charging that the schools discriminate against deaf and hard of hearing people by failing to caption the vast and varied array of online content they make available to the general public.The case states that these universities violate the Americans with Disabilities Act and the Rehabilitation Act by denying deaf and hard of hearing people access to thousands of videos and audio tracks that each university makes publicly available, for free, on broad-ranging topics of general interest.

In January of 2019, Beyoncé’s company, Parkwood Entertainment was involved in a class action lawsuit, claiming Beyonce.com denies equal access to visually impaired users. The lawsuit, filed by New York woman Mary Conner, who is blind, argues that the website violates the Americans with Disabilities Act by being “an exclusively visual interface” without any coded alt-text behind the images.” According to the lawsuit, there were also additional issues with the site, including a lack of accessible drop-down menus and navigation links and the inability to use a keyboard instead of a mouse, according to the complaint.

How Can You and Your Business Be Proactive

There is some effective software available to help identify what areas need to be updated, such as missing alt text and font and color analysis. However, at Think Design we have experts in usability and accessibility, who thoroughly audit each page of your site and provide a comprehensive report to help you understand the areas that need to be addressed and why. After completing the report, we can also help with the necessary updates to get your website compliant. Whether you’re a startup, enterprise company, government agency or higher education institution, we can help your website become WCAG compliant.

The premise behind WCAG is quite simple. The World Wide Web should be equally accessible for all users, regardless of physical or cognitive ability. 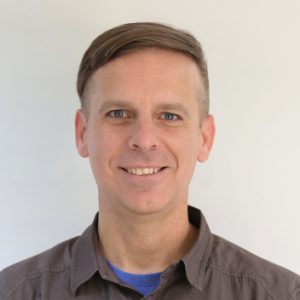