Reasoning: The synapse between critical thinking and design thinking

If you were to create a loan application, which made loaning process simple and convenient for rural users, what kind of a reasoning approach would you follow?

As a designer thinking of creating a solution for such a problem, you might think in 3 different ways. Consider some scenarios:

You find through census data that 90% of the people in the village cannot read or write but can communicate verbally. You deduce on the basis of this fact that any user can easily engage with a voice-based application, based on the local language and create one.

You start by an observation gathered from all the people you met that they were able to read and understand numbers. So you induce that an application interface which has numerics written could be understood directly and integrate it in the solution.

During your survey, you observe mobile users (especially women), to be using their phones during midafternoon hours of 3 – 4 pm. You start to think that maybe women are free at that time in the village and think of creating an application which runs a 15 min program. The app sends notification during this one hour and educates the users of basic terminology of the loan process through an interactive story.

Which of these ways of thinking would you consider most valid, likely to work or innovative?

The tale of the 3 styles of reasoning

Although formal logic is not introduced to a majority of people systematically, but through inference, two forms of dominant logic, grounded in the scientific tradition, have been exposed to most of us.

All men are mortal. Since Socrates is a man. He is also a mortal. The most classical example of this is the 2000-year-old question of whether the ancient Greekgreek Philosopher Socrates was mortal or not. As indicated by scenario 1,  deductive reasoning begins with the assertion of a general rule and ends up in a guaranteed specific conclusion. It stands on a foundation that the conclusion holds true if the premise is true.

If you study and find out patterns of increased mobile sales among younger population than older, you can induct that teenagers are a better market to target by mobile phone makers than the older generations. Inductive reasoning starts with observations that are specific and ends up with a conclusion that is likely but not certain, as explored in scenario 2. Statistical advances have empowered us to reason inductively with the ease of sharing the likelihood of occurrence of a future phenomenon, by studying patterns and using regression to indicate probability.

The doctor hears her patient’s symptoms, including the regular shortness of breath on cold days and when exercising and abduces that the best explanation of these symptoms is that her patient is an asthma sufferer. Scenario 3 points abductive reasoning to be the one which begins with an incomplete set of observations and ends up with a most likely explanation, given the circumstances. Two different reasoners can abduct different answers, as per their experience, leading to the uniqueness of this method.

In the 19th century, there was an emergence of a set of philosophers who called themselves as pragmatists, believing that the acquisition of knowledge and understanding did not entail only in progressing towards an absolute truth, but needed active engagement and interaction with one’s context and experiences. These together, John Dewey, William James and Charles Sanders Peirce, laid the cornerstone of a form of reasoning, which came to be known as abductive reasoning from the 19th century.

According to Tim Brown of IDEO design thinking is “a discipline that uses the designer’s sensibility and methods to match people’s needs with what is technologically feasible and what a viable business strategy can convert into customer value and market opportunity.”

Design thinking as a process,  however, takes you through different stages of observation/interaction, empathy, problem formulation, solution deduction, testing, alteration, and reiteration. Each of these steps is intentioned to helps one to think critically and allowing one to do things differently, while remaining focused on the solution to be created for a context or a client. In this way, Design thinking has always been considered analogous to innovative problem-solving.

How design thinking and abduction are considered to be interrelated is by the fact that the abduction alone(among all other reasoning approaches), is able to introduce new ideas to solve problems and lead one to new explanations of life and reality. It is, as Peirce notes,  “the only logical operation which introduces any new idea.”

New ideas arise when a thinker observes data (or even a single data point) that does not fit with the existing model or models. Hence you can deduct or induct after you have made the speculative leap but unless you make that speculative leap to a new design organization with emergent properties, then there is nothing new that has been designed.

No good idea was ever proven ahead of time with data. While envisioning to create the next innovative solution it is of value to challenge accepted explanations,  actively look for new data points and infer possible new worlds. Embracing abduction as the coequal of deduction and induction is in the interest of every person who wants to be a design thinker and every company which wants to prosper from design thinking.

2. Do not founder with technological feasibility

Design must be matched to what is technologically feasible, designing products that do not yet have supporting technology can be a difficult proposition. Software designers, two decades earlier inferred from the growth of the Internet, that consumers would want to do all their shopping online, from pet supplies to games to groceries. Startups which tried to work this business model at a time when online security and back-end infrastructure had not yet caught up to their ideas, doomed themselves to failure.

3. Keep the business possibility in mind

Designing an innovative product or service, needs to make business sense. Even if a solution is backed by technological efficacy, if it does not solve a new and urgent user and business problem it might as well go back into the shelves. At the end of the day design is incumbent to create innovative solutions to solve real problems of the end users, intentioned to ease their lives.

4. Strive towards achieving a balance

There are chances we over-complicate things if we indulge in critical thinking when we have clear conclusions or clear observations – one where deductive and inductive reasoning can be applied. However striving for achieving a balance in reasoning and preventing an environment hostile to abductive reasoning can lead us to create both relevant, feasible and innovative solutions.

The pragmatic thinkers argued that no new idea could be proved deductively or inductively using past data, pointing to the relevance of abduction among the different logical models of thinking. In a world which is driven by data and is also valuing creativity and critical thinking as an essential 21st century skill, it is pertinent to check our reasoning habits now and then, and eliminate being invalid and redundant. 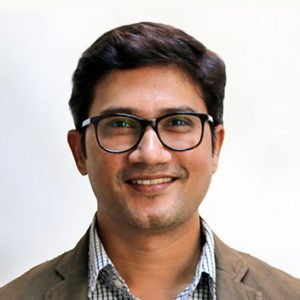